What is it that we love about end of the world stories? Is it the idea that humans will no longer be on the top of the food pyramid? Or is it the idea that our luxuries will be gone? Personally, I think it is a much more complicated situation then that. Something that lives in the reptilian parts of our brains that crave light in the dark. Which is one of the reasons why I love dystopian fiction and the Skeletal duology bu Emma Pullar is one that you aren’t going to want to miss.

Emma Pullar is a writer of dark fiction and Children’s books. Her picture book, Curly from Shirley, was a national bestseller and named best opening lines by NZ Post. Emma has also written several winning short horror/Sci-fi stories which have been published in four different anthologies. Emma’s latest picture book, Kitty Stuck, has been hugely popular and her novel, Skeletal, and the sequel, Avian, have been described as disturbing and not for the faint-hearted. She also writes articles for an online advice site called Bang2write and dabbles in screenwriting. 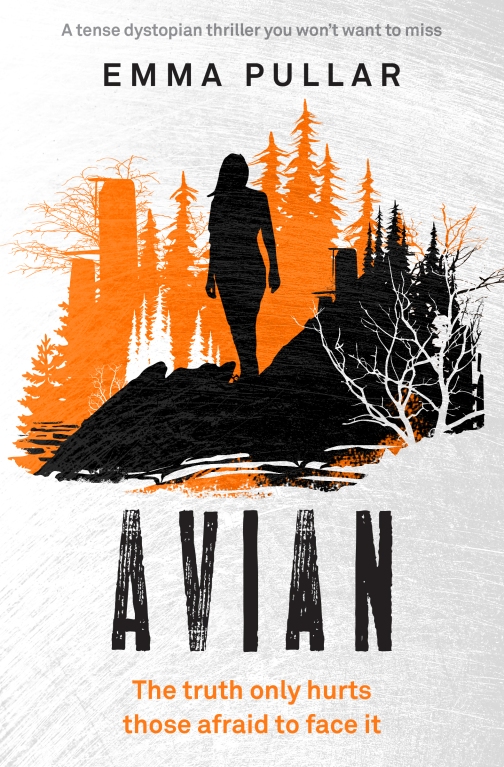 CENTRAL IS LOSING ITS GRIP ON THE CITIZENS OF GALE CITY.

Megan Skyla, who refused to play by Central’s rules and become a surrogate for her masters, has thrown the city into chaos. Corrupting those around her, she and her friends are forced into hiding – hunted by Central, the evil rulers of Gale City. Skyla’s desperate attempts to keep everyone alive ends when they’re kidnapped by feuding gangs.

Skyla cuts a deal and then betrays both gangs. Now there is nowhere left to run. It’s the desert or die. Her best friend, Crow, thinks she still wants to find a way to cure the Morbian masters of their obesity and finish what she started.

But Skyla has other plans. She’s sure there are settlements in the desert, there must be something out there … and there is. Something terrible.

Skyla is about to find out there’s more than one way to bring about change but one truth remains … Central must be destroyed in order to ensure her survival. There is no other way.

Avian is the second book in Skeletal Duology. The first book is Skeletal. 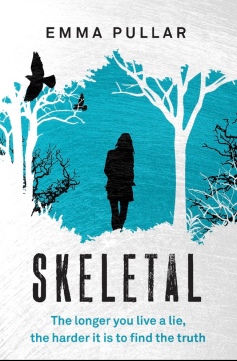 Gale City is the last city in the world and under the strict control of the illusive Centrals.

When females reach adulthood, they’re given the chance to compete at Showcase for the honour of becoming surrogates for the Morbihan – a highly intelligent, obese race of people, unable to procreate naturally. All the other girls are excited to become hosts, all except Megan Skyla.

Convinced there’s more to life, Skyla teams up with an unlikely friend and they go in search of a cure for the Morbihan condition. Things don’t go to plan and their journey becomes a harrowing quest fraught with danger and deceit.

How can Skyla discover the truth when everything she’s been told is a lie? Can anyone in Gale City ever really be free?

Avian is out on September 4th, 2018. You can purchase both titles on Amazon.

To find out more about Avian lets keep the blog blitz going tomorrow. Check out any of the other blogs listed below to find out more. 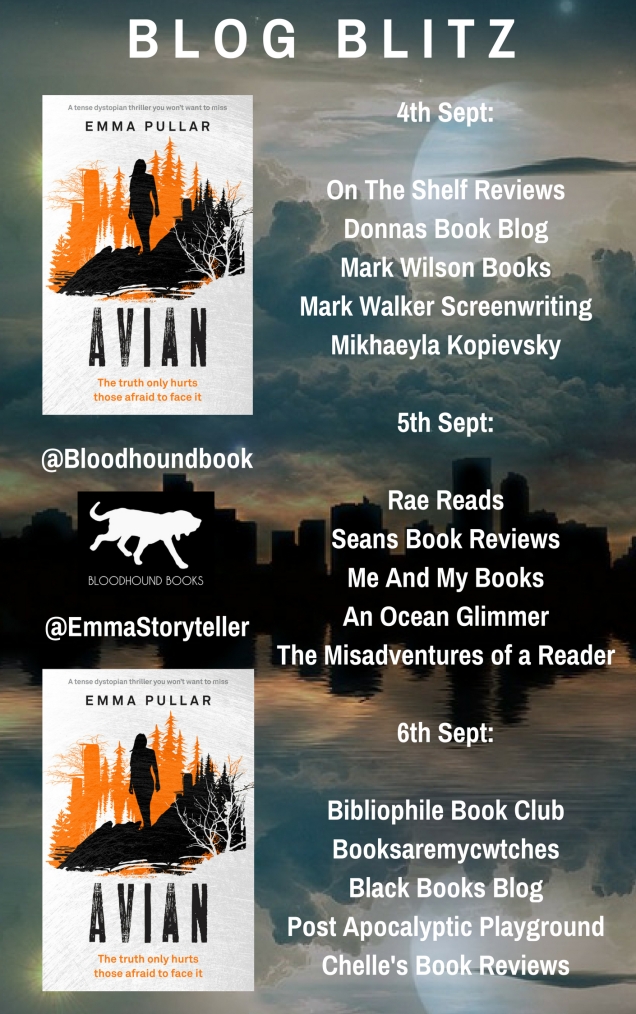 I read #riotbaby last year and I thought I had posted it but I checked my feed and I didn't. ⁠
If you are looking for a book where you want to be friends with the characters but you need to be spooked as well look no further.⁠
February is a month that has a lot going on. Not only is it #womeninhorrormonth it is also #blackhistory month. Both of which are super important. ⁠
What would you do if things that you loved started vanishing from your memory?⁠
If you are looking for a book that will break your heart into a million pieces but give you hope? Look no further....
I have been seeing some interesting takes on #WIHM lately. Mostly about the fact that we still have to have a month to show people that women are writing horror. I agree with this which is why it is Women in horror month for me all year long. ⁠