Recently, during a very early morning, a tweet caught my attention. It was about trigger warnings for books and if they were a good idea. I read the article and thought hmm interesting. So, I retweeted and asked if trigger warnings on books was going too far or if was it needed. This little retweet started a very interesting conversation with other book bloggers, specifically Horror and Sci-Fi book bloggers. We are talking about people who  read some gnarly, gut churning shit. This was a topic each person I talked to agreed on.

However, my little retweet and the subsequent conversation got one blogger doing what we do best: writing. Lilyn from Sci-Fi and Scary sat down and wrote a guest blog post for me 🙂 talking about the difference between Triggered and Distasteful.

Lilyn G. is the founder of Sci-Fi & Scary, a book and film review site that focuses primarily on independent works, and giving artists and authors a chance to do guest posts and interviews. Head over to the site to meet the other members of the Cthulhu Crew. She will happily chat books with you on Twitter at @scifiandscary but if you try to talk her up on books only to ask her to review your book, you’ll get glowered at most sternly. Mother of two – one living. Spoonie. 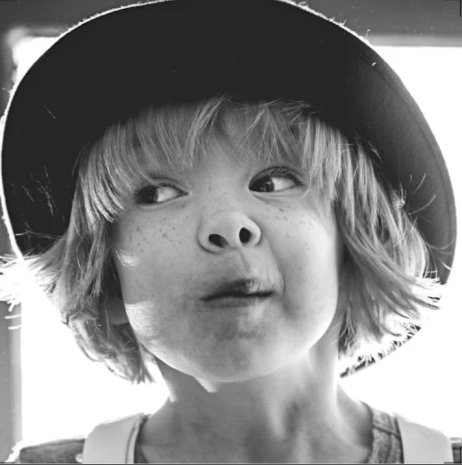 What Being Triggered Actually Means, Why Trigger Warnings Are Good, and How We Could Implement Them

First off, I absolutely hate to see people toss around the word “triggered” in a sneering, joking manner. The impression this gives me is that these people have no clue what it’s meant to be so traumatized by something that has personally happened to them that they wince at the thoughts of seeing representation of that something elsewhere. I’m jealous of the wonderful life they must have lead thus far, and yes, petty enough that I at least momentarily hope at some point they come to personally understand why they shouldn’t joke about ‘triggered’. (“Just joking” holds no weight with me when it comes to making fun of people’s mental and/or emotional problems.)

I acknowledge that there are people in this world who somehow seem to miraculously make it through traumatic events without having the lasting scars those events tend to leave. Good for them. Seriously. But this article isn’t about them. It’s about people like me.

Know this: Being triggered isn’t nearly the same as finding something distasteful.

Finding something distasteful is simply encountering something that you do not agree with, or do not personally like. If I’m watching the national news, and I see people spewing the vitriol that the current administration has made ‘ok’ to say on live television, I can easily turn it off. If I read a book and see a conversation partway in where the character makes a slur about gays, blacks, etc, I can easily “Nope” and close the book and that’s it. (Well, then I might tell people to avoid the book if they have an issue with that type of language, but that’s as far as it goes.)

Being triggered by something is when you encounter a sound, sight, or situation that immediately invokes a mental and/or physical reaction that can run the gamut from a slight mental wince to breaking out in a cold sweat to feeling like someone has socked you in the gut. It can bring horrible memories crashing over your mind in the blink of an eye. Depending on how much you saw/read before your reaction kicked it in, the chances of you being able to just walk away from it are fairly low. Even after I’ve hurriedly flipped away from a movie, I’m still left with that heavy weight on my chest and my nerves twitching at even the slightest thing – like the sound of a flat line on a vitals monitor.

As someone who has had a past filled with enough shit to make me feel like the whole world is a walking trigger for me, I feel like every time I open a book, or go to watch a movie, I’m bound to encounter something that hurts me. Hell, I even avert my eyes walking past the baby section in stores because even after five years, it still feels like a punch in my gut.  (And stuff related to babies is far from the only thing that has happened to me. It’s just the freshest and the one I haven’t dealt with appropriately yet.)

Now, as a reader (and watcher) of horror, I increase those chances greatly. I understand that and accept it. Just as I understand and accept that I can’t read happily ever after stories of love, babies, and forever because my mind has broken enough that I no longer find myself able to believe in that malarkey.

Understanding and accepting this increased risk from reading/watching horror (and even sci-fi) doesn’t mean that I don’t take all possible steps to minimize my risk, though. As a reviewer, I even have a specific question on the review submission form that asks first “Is there child death in your book?” and “If there is, please explain.” Sometimes the explanation makes it clear that it’s something that’s mentioned, but not witnessed, or took place long in the past…etc. In those cases, most of the time I’m willing  to read on to the synopsis and see if the book itself looks interesting to me.

So, yes, I make authors give me trigger warnings for their books before I’ll even consider reading them.  (Oh, and just for the record, there are plenty of horror books out there that don’t contain triggers. For you non-horror readers, you might be surprised the depth the genre has.)

I’m sure some authors probably don’t like having to give away a big scene in a book in order to help convince me to read it, but I don’t care. I am a reader for pleasure. I review for free. If reviewing was a paying gig, maybe I’d suck it up and go into every book blind and read and review it regardless. But, until I’m paid more than I make at my current job to do so, at the very least, I’m not going to put my mental health at risk because of a scene in someone else’s story.

And it’s not just for me. I know several people who have certain things that they cannot stand to encounter in book or film. When possible, friends who know about these triggers often will reach out after experiencing the book/film themselves, and simply tell that person that they may want to avoid it. You know what the reaction to that inevitably is? “Thank you for giving me a heads-up.”

Trigger warnings spare people pain. That’s all there is to it. And why would anyone possibly consider that a bad thing?

Please note that while I’ve mentioned film and television in this post, for implementation I’m only covering books at the moment.

I am a huge advocate of trigger warnings for other people because I understand exactly how much an unexpected trigger can stomp your ass. But I’m also someone who has a fair bit of (un)common sense, so while I’d like to see them be used, I want guidelines in place as well.  Because, yes, unfortunately sometimes telling of a trigger can inadvertently spoil important parts or scenes in a book, and we all know that that just sucks.

I don’t think people need to go nuts with listing potential triggers, either. Circling back to the point where I mentioned that my life hasn’t exactly been sunshine and rainbows, I haven’t encountered anything in a book that couldn’t be covered under: (Child or family member) Death, Unexpected Extreme Violence (I say unexpected because if you’re reading a book about Kaiju stomping people, and have the nerve to bitch about the amount of violence in it, you’re just silly.), Rape, Molestation, and (Domestic, Substance, etc) Abuse. There’s probably something there that I’m not thinking of, but I think you get the point.

This is what I do as a blogger: I use trigger warnings as part of the ‘technical data’ I give readers of the site about the book that I’m reviewing. I keep it very, very vague on purpose whenever possible to try to avoid spoiling anything. Ie: “Trigger: Mention of maternal death”.  However, when I feel like the trigger is going to spoil an important plot point, I include it in the body of the review, hidden behind a spoiler tag. Both of these things are very easy to do.

This is what I would like to see established by publishers (mass market, small, self):

An indication (perhaps a universally adopted minute half-moon) on the cover of the book, in an established position (perhaps lower left hand corner?) that lets the reader know this book contains potential triggers, and then a designated page inside the book (front or back, doesn’t matter) listing the triggers. It doesn’t have to be a big deal, and it’s not going to accidentally slap someone in the eyes with possible spoilers if they don’t care about the triggers. This would work for both physical books and e-books. With e-books there could be a linked page in the ToC that could be clicked.

Trigger Warnings are not notice of explicit content. The warning doesn’t have to be an inch high band slapped across the cover in a ugly way. It should be fairly easy to just establish something that people can look for if they’re curious.

Obviously, we can’t really do anything about books that have been previously published, but it would be a great thing going forward.

In conclusion, being triggered is not the same thing as disliking something, trigger warnings are important, and yes, I think it would be a positive thing to implement.

Thanks Lilyn for offering this guest post. In publishing this post I want to spark some discussion in the horror community. I think that because we do read some book with content that could be questionable and could trigger someone. I hope that this post will continue with the discourse within the book community.

12 thoughts on “Triggered vs. Distasteful: What is the difference: Guest post by Lilyn G. of Sci-Fi & Scary”

I read #riotbaby last year and I thought I had posted it but I checked my feed and I didn't. ⁠
If you are looking for a book where you want to be friends with the characters but you need to be spooked as well look no further.⁠
February is a month that has a lot going on. Not only is it #womeninhorrormonth it is also #blackhistory month. Both of which are super important. ⁠
What would you do if things that you loved started vanishing from your memory?⁠
If you are looking for a book that will break your heart into a million pieces but give you hope? Look no further....
I have been seeing some interesting takes on #WIHM lately. Mostly about the fact that we still have to have a month to show people that women are writing horror. I agree with this which is why it is Women in horror month for me all year long. ⁠